The early 1980’s brought a new focus to OSU’s LGBT activist scene. Where the 1970’s were full of campaigns to educate the public and raise awareness about the experiences of normal, friendly gays, the 1980’s were a decade-long call for action. Starting in 1980, The Lantern began publishing articles like “Health Center to Aid Gays in Venereal Checkup Policy” and “Homosexuals Encounter Problems in Dorms,” both of which discuss the creation of University policies and action as a result of demands from activist communities. In the former article, Gay Activist (formerly "Gay Activist Alliance") members “requested the center make policy changes to prevent gay VD patients from being discouraged about obtaining treatment.” The latter article explains that, per a ruling by the Office of Residence and Dining Halls, RAs in dorms will be trained via bias-assessment seminars to better handle issues of discrimination based on sexuality.
The Lantern also details the 1980s' trend toward action in terms of more official activist organization. In 1982, Ohio State hosted the Midwest Lesbian/Gay Communications Network conference (“OSU Hosts Gay Rights Meeting”). The group had roots in radical activism, and was a regional coalition of gay rights groups that was established after “a large protest march for lesbian and gay rights in Washington, DC in 1979.” The conference workshops and presentations took place in Denney Hall, and reportedly focused on "'coming out,' lesbian and gay parents, social change, abuse from heterosexuals, and public education concerning gay issues." The article advertises a free dinner and film screening after activities wrap up, and informs readers of where to register to attend the conference.
This is followed by the article entitled “Gay Issues Focus of Conference,” in which OSU hosts yet another conference a few years later in 1987, this time sponsored by the Gay and Lesbian Task Force of the OSU Counseling and Consultation Services, as well as OSU Affirmative Action and the Residence and Dining Halls. Clearly, OSU’s gay activism took a step towards demands and action, simultaneously taking a step away from quelling the fears of straight people.
This ideological shift was evident later on in the decade, when then-president of GALA (Gay and Lesbian Alliance, formerly GAA) Tom Fletcher gave statements to The Lantern concerning the goals and future of the group in the 1989 article “Gay Program is Changing.” Fletcher is quoted saying he wanted to “get away from the image” of GALA as a support network, and step into a more active role as an organization. While he agreed that “gays...need to be shown as ordinary people,” he emphasized the fact that “political mindedness and lesbian involvement” were two goals the group was working toward. He clarified this, saying “being politically-minded means you stand up for your rights, and you fight for what you deserve,” a quote that succinctly summarizes much of the LGBTQ activism of the 80s. 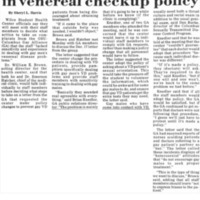 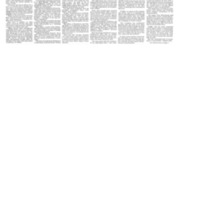 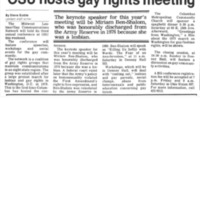 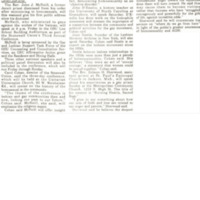 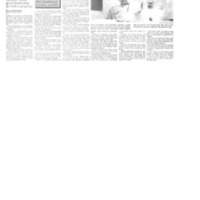