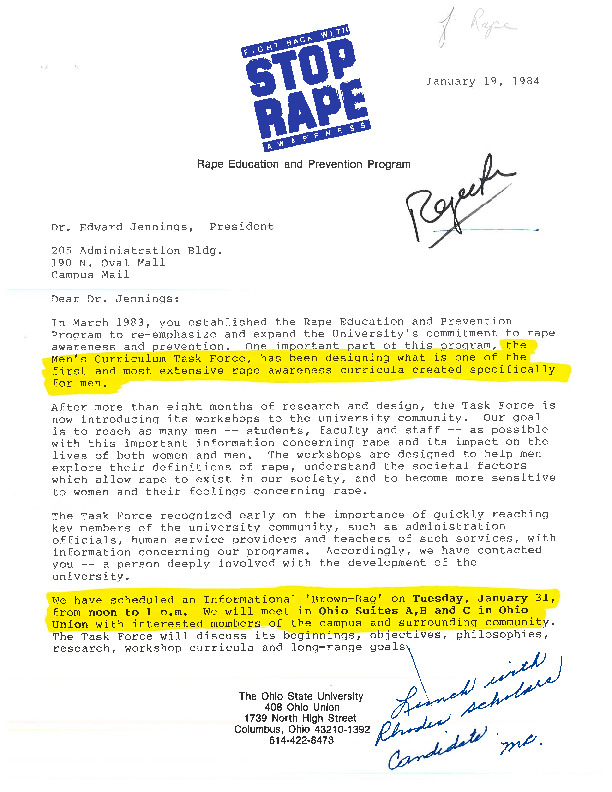 The Rape Education and Prevention Program (REPP) at Ohio State was created in March of 1983 in an effort to raise awareness about rape culture on campus and prevent the occurrence of sexual assault through education. While there was already a strong anti-rape presence on campus through Women Against Rape (WAR), the actual approval of REPP by President Jennings came in response to a gang rape in a residence hall on campus ("University Responds Well to Needed Rape Program").

The incident led to President Edward Harrington Jennings’ approval of a campus-wide rape prevention project, which was the birth of Ohio State’s Rape Education and Prevention Program (REPP).

A letter was sent to University Administration on March 5, 1983 from a group of concerned women regarding the gang rape, demanding a discussion to be held between the administration and women’s groups on campus. The women were concerned that a response to the incident was being put off until the end of basketball season, and the letter demanded that the university disseminate more information about the rape, investigate the incidence further, and:

“Reestablish an education program on rape prevention, encompassing self defense training for women, counseling for Resident Advisors of dorms and raising the awareness to the University community about the frequency of ‘date rape’ and the society attitudes that perpetuate rape and its myths.” 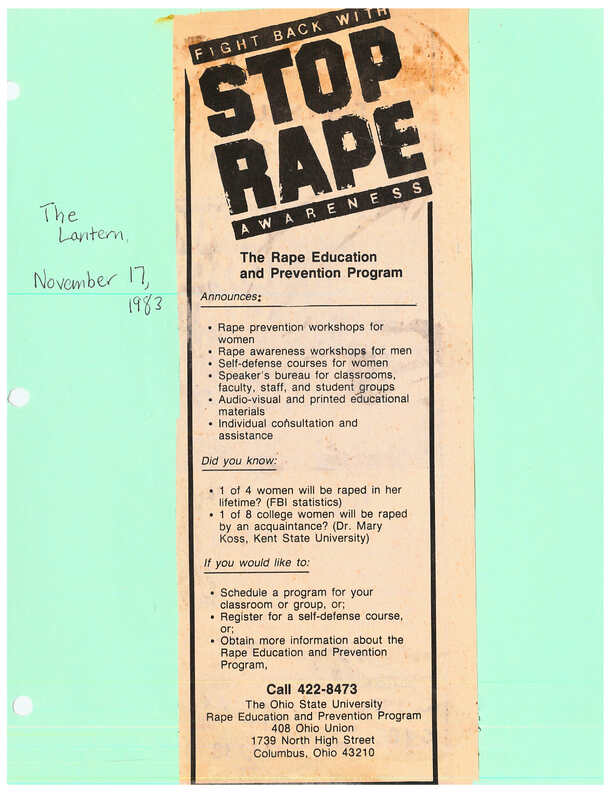 A series of concerned citizens also sent letters to President Jennings, voicing their support for REPP. The REPP advisory committee was approved on March 24, 1983, and in May, President Jennings circulated his own letter of support for REPP across campus. REPP, and the Office of Women’s Services where REPP was originally housed, got off to a quick start. In June of 1983, a REPP budget was proposed and approved for the following school year, and in September Sue Blanshan, the original program coordinator, wrote a grant proposal for the Ohio Department of Health, which was approved the following fall. 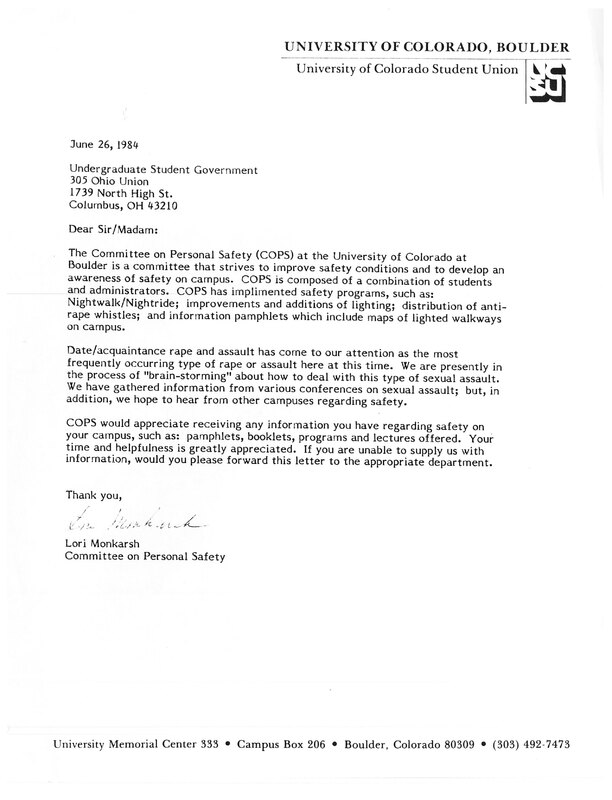 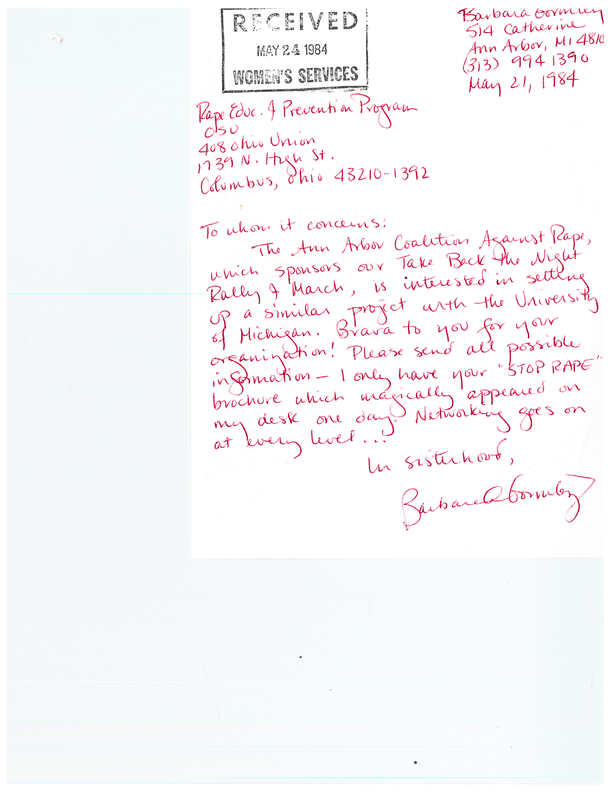 Ohio State’s initiative in creating a program like REPP was very progressive, and many other universities followed in its lead. Throughout 1984, the Office of Women’s Services sent and received immense correspondence with other universities, including University of Michigan, and University of Colorado Boulder, requesting information about REPP in order to create their own prevention programs. 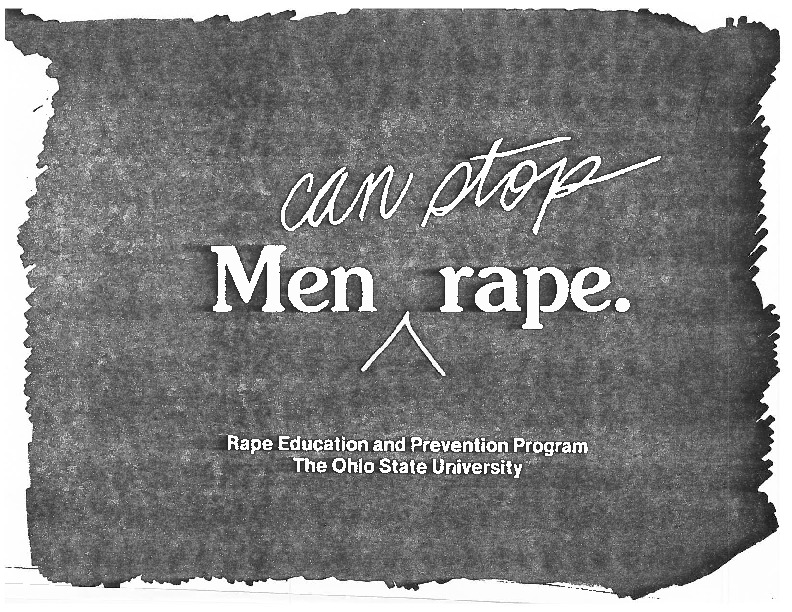 A very impressive aspect of REPP was the creation of a Men’s Task force on rape prevention. The Men’s Task Force was created early on in REPP’s lifetime, and remained active through the 1990s ("Enlightened Men Can Help Stop Rape"). 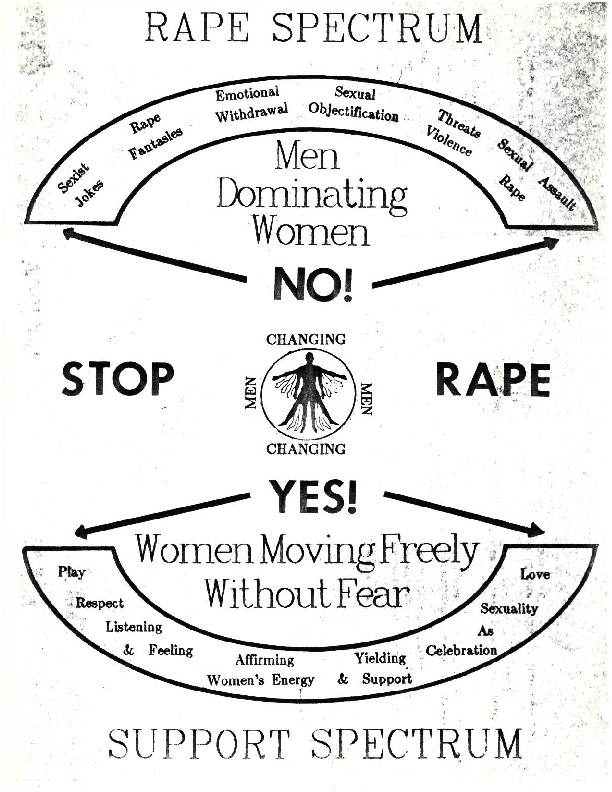 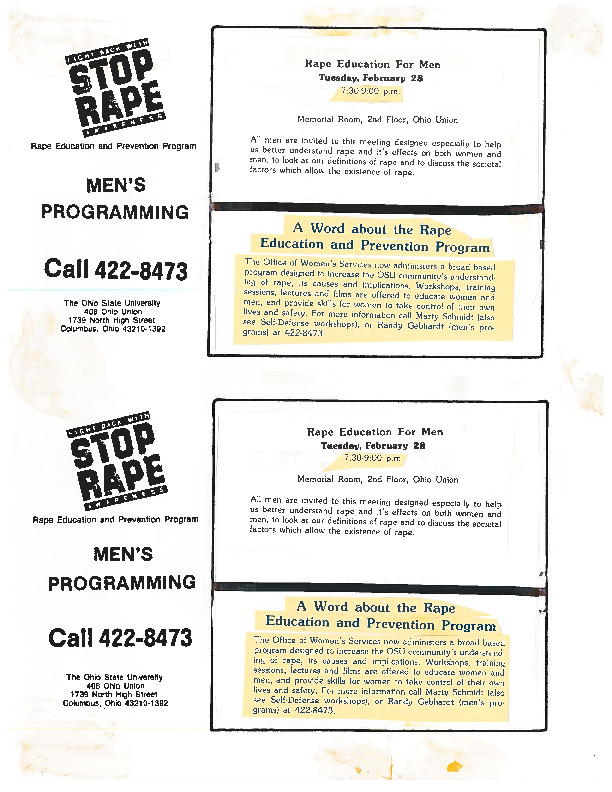 The Men’s Task Force was focused on the motto that “men can stop rape,” and worked to educate men about the myths surrounding rape, how men overwhelmingly participate in rape culture, and focused generally on starting a dialogue about rape and toxic masculinity among male students. 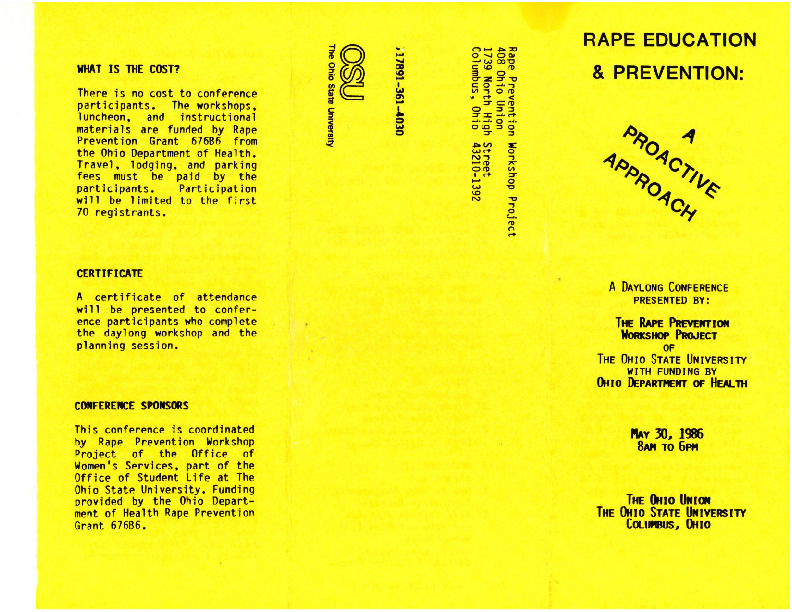 In addition to the Men’s Task Force, REPP also held self defense workshops, rape prevention and education workshops geared toward women, and support groups and workshops for survivors. These meetings included a lot of dialogue and film screenings, and were held weekly. Since REPP’s start, it heavily focused on self-defense and empowerment. In 1985, REPP began to hold self-defense clinics for women in order to empower women and encourage them to fight if  confronted by an attacker. Deb Schipper, the program coordinator, said “traditional” measures that women were encouraged to take to prevent rape, including traveling with another person at night and dressing and acting conservatively were unrealistic. “These avoidance rules are not fair, and it seems as though it’s the woman’s fault that she was raped if she broke one of those rules” (“Self-defense taught at prevention clinic”).

While REPP held different workshops every week since it began in 1983, including self-defense workshops, young women’s workshops, workshops for black women, and the men’s curriculum task force, a major focal point for the program was to train other facilitators and quickly expand the scope of REPP and the communities that it reached.

REPP held three major conferences in 1986 in central Ohio, northeast Ohio, and southwest Ohio. The conferences were intended to train others on how to start their own programs, and how to run sexual assault education workshops.

Many conferences were held throughout the ’80s and ’90s, and activism continued to increase throughout the ’90s. While there was an activist presence on campus in the late ’70s, it was really the implementation of REPP that raised awareness about sexual assault education and prevention and brought to light the relationships between power and privilege and sexual assault.

While REPP began as a cutting-edge sexual assault prevention program, it changed forms many times. Through my dialogues with Deb Schipper and Louise Douce, it seems as though it was the shift from REPP to SVES (Sexual Violence Education and Support) and the move to house SVES under the Student Wellness Center that resulted in a weakening of sexual assault prevention programming on campus.

Most recently, the Sexual Civility and Empowerment (SCE) office, which was what SVES was restructured as in 2015, closed without explanation. The program was designed to house both the education and advocacy aspects of prevention, and had employed specially trained counselors who worked in the office. It seemed as though Ohio State was making steps forward in its sexual assault prevention programming around 2015, as it also had implemented Buckeyes ACT around that time, which was Ohio State’s comprehensive plan to combat sexual assault through Action, Counseling and Support, and Training, but the loss of SCE was devastating and confusing to many students.

Ohio State will be replacing the advocacy component by employing two SARNCO representatives to work full-time on campus, but the way that SCE was dissolved left many students with a feeling of abandonment.